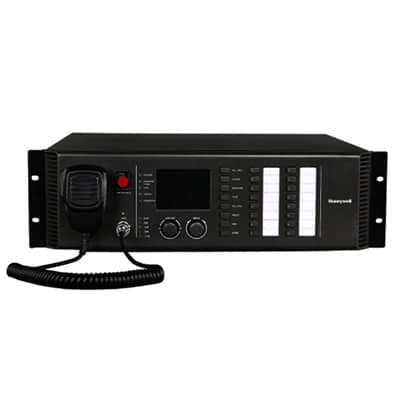 The INTEVIO system is a fully monitored system with the ability to supervise and report faults related to the main power, backup power, CPU, microphone, amplifiers, loudspeaker circuits and dry contacts. Fault details are displayed on the LCD screen with fault logs stored in the internal memory.

Allow all calls even when the CPU malfunctions

If the CPU of the RK-MCU fails the INTEVIO system will still allow the user to make paging announcements (All Call) using the PT T Microphone in case of emergencies.

RK-MCU has a built-in timer and supports configurable scheduled broadcast.

RK-MCU allows users to record temporary messages into its built-in 1GB memory with the PTT microphone or the call station and broadcast without configuration. This delivers improved operational efficiency, in applications such as small shopping malls/supermarkets where promotional messages are updated frequently.