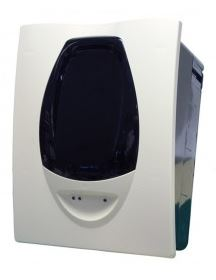 The MI-LPB2 is an addressable reflector- type linear optical beam smoke detector, designed to operate as a component of an intelligent fire alarm system. It operates primarily on the principle of light obscuration utilising an Infra-Red beam. Optical beam smoke detectors are particularly appropriate for protecting buildings with large open spaces such as warehouses, atriums etc.

The sensitivity of the detector can be set to between 25% and 50% obscuration, providing application
flexibility to suit the environment in which the detector will be installed. In addition to the four fixed value alarm thresholds, there are two variable thresholds that automatically compensate for changes in the environment which could otherwise result in unwanted alarms while remaining within a known sensitivity range.

The detector incorporates automatic drift compensation, whereby the detector will adjust its detection thresholds in line with any long term signal reduction of the beam caused by contamination of the optical surface.